Jody Pollok-Newsom grew up on a Registered Polled Hereford beef cattle farm in Williamston, Michigan. Jody was always very active in both 4-H and FFA, and served as a chapter, regional and state FFA Officer.

It was no surprise when she decided to study agriculture. Jody received her BS in agriculture and natural resources communications from MSU and then headed to Washington DC for two years to work for USDA and the National FFA organization. Upon returning to Michigan she began work on her masters in Ag and Extension Education at MSU. After graduation she went to work for MDA as the Director’s representative on the check-off boards under both Gordon Guyer and Dan Wyant.

From there Jody went to work for the cherry industry doing their communications and marketing work. In January 2000 she took over at the helm of the Michigan Corn Growers Association and Corn Marketing Program of Michigan.

In August of 2001, she began hosting the weekly Michigan Farm and Garden television show to further educate consumers about the importance of agriculture. The show aired on seven stations across the state each weekend. Jody wrapped up the show after 13 years and 675 episodes in mid-2015, to spend more time with her daughter, Rachel.

In February 2012, Jody was named the first executive director of the Michigan Wheat Program, the new wheat check-off. She has spent the past years working with the board of directors to start collecting assessments, develop a strategic plan, work on program development and establish a strong research platform. Jody is very excited about this opportunity to work with the state’s wheat growers and assist the industry as they focus on research to increase crop yield and quality. In 2015, the wheat check-off added consumer communications as an area of some focus. In 2021, a collaborative project with the wheat growers of Ontario was formed and the Great Lakes YEN-Yield Enhancement Program began.

In early 2016 and 2021, the program went back to a vote of all wheat farmers to determine if they wanted it to continue for five more years. The 81 and 91 percent approval rates were one of Jody’s most proud professional moments!

Jody, her husband Brett and their 12-year-old daughter Rachel live in the Webberville-Williamston area. Jody is still very active on her parents (Dale and Sharon)’s farm which now is home to Belgian draft horses and Rachel’s petting farm, consisting of chickens, sheep, a goat, cats and two mini-ponies. 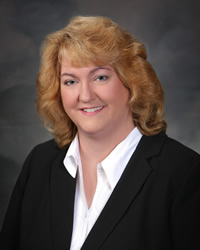 About the Michigan Wheat Program

The Michigan Wheat Program is a state-check off program voted in by the state’s wheat farmers to assess each bushel of wheat grown and sold. The funds from the program are utilized to further the wheat industry in the state benefitting the state’s nearly 8,000 wheat farmers who grow about 450,000 acres of wheat annually producing about a 40 million bushel crop.